Opportunity Cost – noun, used in Economics
Definition: the loss of other alternatives when one alternative is chosen.
E.g.: “idle cash balances represent an opportunity cost in terms of lost interest”

No, we’re not going to talk about finance here, it’s way out of my lane. So here’s my take on what opportunity cost is.

Living in modern technological times, we’re always pushed to say ‘YES’ to anything from helping a colleague out to going out on a dinner that you didn’t want to go at the first place.

As if we’re supposed to consume, comply, and chip in our time and effort into every single thing that ‘might’ be beneficial to us in our goals, no matter the goal. We have this idea that everything is connected, that if we place all our of soul into succeeding, and opening ourselves to possible opportunities the best that we can, we will make it somehow.

But, have we stopped to think that being occupied all the time doesn’t only bring in possible new opportunities, but also fatigue, emotional stress (which can increases cortisol in our brains that leads to a cascade of negative health effects that I’ll be discussing here [coming soon]), and eventually burnout (a stage where a person is mentally and/or physically exhausted to a point of tipping).

Here’s a simple case to illustrate my point:
You have a full time job and you’re always working (like 12 hours a day) to prove yourself in the company so that you can make more money.
You have a goal to have a great body, so you have to make time to go to the gym frequently and spend time to cook every single day.
You also have a significant other (be it girl or boy) that not only wants you to be around more but actually need it for the relationship to thrive.
These 3 mains pillars of your life are already taking up at least 18 hours of your day, which only leaves around 6 hours or less for sleep.

Here’s the catch, if you’re trying to improve all these at once, while trying to build a side business or answering to friends’ hang out sessions, you are literally stretching yourself too thin.

Some of the signs that you’re saying ‘YES’ to too many things in life:

Whenever you’re inclined to say ‘YES’ to anything extra next time, think again, think about what would you say No to in order to accommodate your new activity.

Then evaluate which gives you more joy 1 day, 10 days, and 100 days from now:
Saying Yes to the new thing
OR
Saying No to the many things that you are already on your plate. 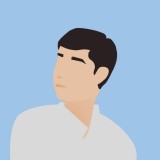 This site uses Akismet to reduce spam. Learn how your comment data is processed.

This website is where the creator places his completed stuffs and works in progress for his mini projects, blogs, and podcasts.